Immersive 360 video setting you right into the event. 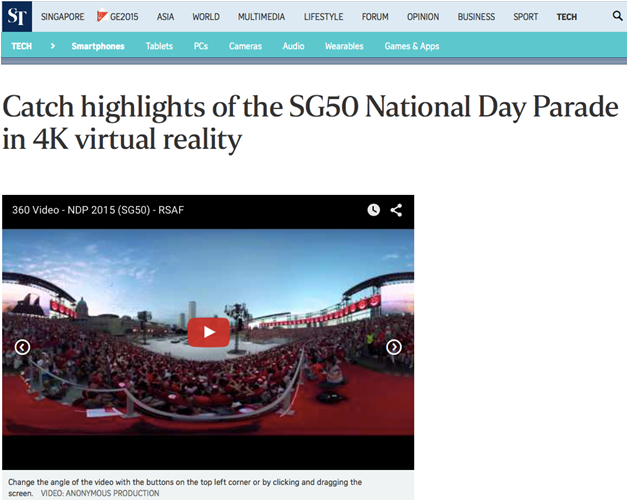 In this year’s NDP – SG50, AP Media used several cameras to capture footage during the event. This gives an immersive experience for the audience, as they are able to “look around” and get a feel of the ambience in midst the crowd.

We managed to record all 3 hours of this years NDP, being the first in Asia to record an event in such a radical view. Play the videos and live through the experience in 360-degree!